We know that one of the greatest fears for women as their endogenous hormone production wanes and they explore the thought of requiring hormone replacement therapy is breast cancer (Walsh-Childers, Edwards & Grobmyer, 2011). Inadequate knowledge surrounding the effects of circulating hormone levels on breast cancer is fairly consistent throughout the medical community. At BioTE®, as we have surpassed 1 million pellet insertions, using both testosterone and/or estradiol hormones, the incidence of breast cancer in both pre-and post-menopausal women among our more than 3,500 providers remains remarkably low. Our experience invites one to ask the obvious question, can hormone optimization using subcutaneous hormone pellets reduce the incidence of breast cancer? If so, what is the likely mechanism for this? And finally, can testosterone pellet therapy be used safely and therapeutically in breast cancer survivors? In order to adequately be able to answer these questions, providers must understand several factors: screening, classification of breast cancer, and genetic markers that increase risk.

Before we answer these questions, we need to review the screening recommendations and breast cancer classification. The United States Preventative Services Task Force reported in 2016 that they no longer recommend clinical breast exams., Likewise, the American Cancer Society in 2015 no longer recommends clinical breast exams. Mammogram recommendations vary from ACOG, USPTFS, and the American Cancer Society. In general, providers should be recommending mammograms starting by the age of 50 and continuing annually or biennially until the age of 75 if the patient is of average risk (National Cancer Institute, 2018, ACOG, 2017).

The grade of the cancer is based upon how the tissue appears on biopsy and how fast the cells grow. Invasive ductal carcinoma has five molecular subtypes, and in general tends to be low grade, and less aggressive. Molecular subtypes are very important in determining the treatment plan and risk profile for the patient. The subtypes include luminal A, luminal B, triple negative/ basal like, HER2 (Human Epidermal Growth Factor Receptor

Luminal A has the highest level of estrogen receptor expression and are most likely to respond to endocrine therapy such as tamoxifen and aromatase inhibitors. In addition, this type of tumor is typically HER2 negative. The intracellular protein Ki-67, a protein identified with ongoing proliferation is low, and overall they have an favorable prognosis despite being less responsive to chemotherapy (Longo et al., 2011, Breastcancer.org, 2018).

In luminal B tumors, prognosis is worse than with Luminal A. Ki-67 protein is higher, consistent with increased proliferation. Hormone receptors are often positive and can also be HER2 receptor protein positive. Twenty percent of breast cancers have the gene mutation that makes excessive HER2 protein. Luminal B tumors subsequently grow faster than luminal A tumors. They often fail existing treatments and have lower 5- and 10-year survival (Longo et al., 2011, Breastcancer.org, 2018, Cheang et al., 2009).

The triple negative basal-like tumors account for 15-20% of all breast cancers and are devoid of estrogen, progesterone, and HER-2 receptors. They are more common in BRAC 1 gene mutated patients. These aggressive tumors respond better to chemotherapy and can have a binary response to androgens, which will be discussed further (Longo et al., 2011, Breastcancer. org, 2018).

HER2 enriched tumors account for 15 percent of breast cancers. They are estrogen and progesterone receptor negative, but HER2 positive. They are faster growing and more aggressive than their luminal tumor counterparts. These tumors frequently metastasize to the brain and unfortunately the anti-HER2 antibodies do not cross the blood brain barrier (Leylan-Jones et al., 2009). Treatment usually includes trastuzamab (Herceptin), which targets the HER2 protein (Perou et al., 2000). Normal-like tumors are similar to luminal A disease: hormone-receptor, HER2 negative, and low levels of the protein Ki-67. These tumors have a good prognosis, but slightly worse than luminal A (Longo et al., 2011, Breastcancer.org, 2018).

There are several genetic mutations that increase the risk of developing breast cancer. Probably the most well known and reported on are the mutations of the proteins BRCA1 and BRCA2. These proteins, like the metabolite 2-OH estrone, are involved in DNA repair. When either of these genes is mutated, or altered,

such that its protein product is not made or does not function correctly, DNA damage may not be repaired properly. As a result, cells are more likely to develop additional genetic alterations that can lead to cancer.

The USPSTF recommends genetic screening for patients who have a significant family history such as: breast cancer diagnosis prior to age 50, cancer in bilateral breasts, family history of both breast and ovarian cancer, multiple family breast cancers, two or more primary BRCA1 or BRCA2 related cancers in same family member, male breast cancer, and Ashkenazi Jewish ethnicity (USPSTF, 2013). Breast cancers in patients with BRCA1 mutation tend to be triple negative.

A class of drugs called PARP (poly ADP ribose polymerase) inhibitors, which block the repair of DNA damage, have been found to help prevent the proliferation of cancer cells that have BRCA1 or BRCA2 mutations. Also, research has shown that prophylactic mastectomy and oophorectomy in these patients can increase their lifespan by up to six years (Grann et al., 1998).

Evidence supports the use of the BioTE® method of hormone optimization to reduce breast cancer. The risk of developing breast cancer has been shown to be increased by elevated endogenous estrogen levels (Henderson, 2000). In addition, androgens have been shown to counteract the proliferative effects of estrogen and progestogen in mammary tissue (Ando, 2002). Breast tissue extirpated from pre-and post-menopausal women also demonstrated the inhibitory effects of testosterone on breast cell proliferation (Hofling et al., 2007 & Dimitrikakis et al., 2003).

The corollary has also been reported that bio-available testosterone is significantly lower in women with breast cancer, which supports the

Now we will discuss the clinical evidence supporting the hormone receptor model specifically targeting the androgen receptor. The benefits of the afrorementioned testosterone optimization are both exciting and life- changing to women’s healthcare. Even more exciting is the genesis of why this therapy reduces the incidence of breast cancer and why it has therapeutic implications for patients who are afflicted with the disease. A review of the history of androgen therapy reveals that testosterone and dihydrotestosterone were used successfully to treat breast cancer in the 1940s and 1950s (Hermann et al., 1946; Adair et al., 1946). Unfortunately, inaccurate dosing not individualized to the patient leads to masculinizing side effects. Now, decades later, the discovery of tamoxifen and aromatase inhibitors were thought to be better alternatives for the commercialization of breast cancer therapy with little thought being given to breast cancer prevention.

Over the past decade and a half, Dr. Ed Friedman has performed extensive research on the hormone receptor model published in 2013 (Friedman, 2013). The hormone receptor model is centered around the fact that endogenous serum estradiol levels are not the initiators of breast cancer but rather increased aromatase activity leading to high local levels of estradiol in epithelial cells and surrounding fat cells influence disease development. High levels of estradiol in the cells activate the ER alpha receptor, increasing proliferation, lengthening chromosomal telomeres, and increasing BCL-2 protein leading to further accelerated proliferation of the cancer cells. In addition, the high levels of local estradiol increase 4-0H estrone, which is known to be mutagenic and causes DNA damage. Once the right mutation occurs, the mutagenesis and proliferation cause excessive cell growth overtaking compensatory cell death. In other words, apoptosis is significantly reduced. In the past, HRT containing synthetic progestins accelerated this process by reducing the doubling time of tumors by 25% (Santen et al., 2012).

Although, the majority of studies portend the benefits of the androgen receptor in the prognosis of breast cancer, there have been a few studies whereby there was a decrease in disease free survival (DFS). This most notably occurs in triple negative breast cancers and may be the result of a mutated gene leading to a mutated androgen receptor (Lehmann, 2014). In these somewhat more limited cases, an androgen antagonist is a better choice for therapeutic intervention.

In conclusion, it appears that the fears of developing breast cancer with usage of hormone replacement therapy are unwarranted, as the cancer could potentially be prevented by proper hormone optimization especially with the inclusion of testosterone. For those women whose lives have been compromised by breast cancer, hormone optimization with testosterone may not only improve their quality of life but also may be the therapeutic answer to improving their overall survival and defeating the cancer.

If a medical provider is not in our network, let us know. We'll reach out to them about becoming a certified BioTE provider. 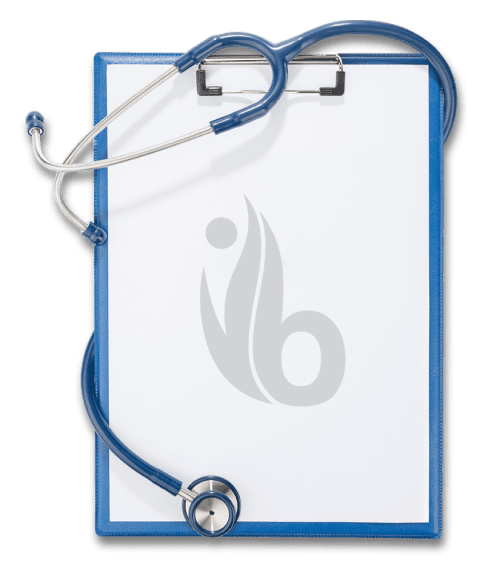 Contact us today to become a certified BioTE Medical hormone replacement therapy provider. Get started here or contact us using the form.

Disclaimer:These statements have not been evaluated by the Food and Drug Administration. These products are not intended to diagnose, treat, cure, or prevent any disease.